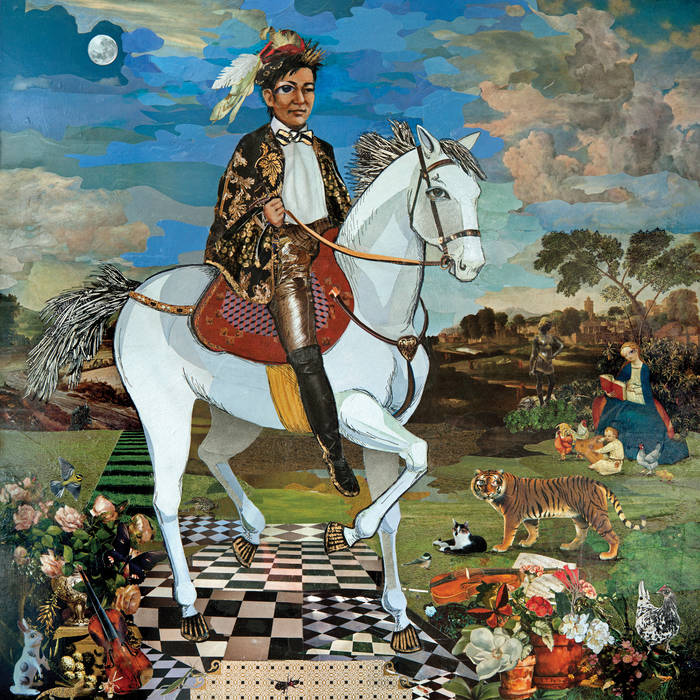 Michael Esparza I love the energy behind every one of these songs. Favorite track: Once Upon a Lucid Dream (in Afrikaans).

Tamás Prileszky Listening to this is always such a pick-me-up. It's super fun!

Sean Messier A vivid sonic adventure featuring enough diversity to keep you hooked without sacrificing coherence. One of the best indie records of the decade. Favorite track: Bittersweet Genesis for Him AND Her.
more...

"Lighght" takes its title from the one-word poem by minimalist poet Aram Saroyan. As Kishi Bashi explains, "The poem's blatant assault on literary convention and classical form was attractive to me." It is apparent that such an approach informed the new album, which has both broadened and redefined his classical foundations. "Though I have studied classical composition, I prefer to take an unconventional path when it comes to creating and thinking about music," says Kishi Bashi.

Though violin remains his primary instrument and songwriting muse, Kishi Bashi has expanded his palette to include more diverse and nuanced instrumentation. Bright and soaring avant-pop songs are prevalent, as are Eastern-tinged arrangements, gentle ballads, Philip Glass inspired improvisations, and more than a few moments that flirt with 70s prog (in the tradition of ELO or Yes).

Thank you to all my wonderful supporters for your encouragement without which this album would not have been made! Thank you Keiko and Sola for tolerating my unending obsession yet again. Words can not express my gratitude to my parents for always believing in me. Thanks to my amazing team of professionals and friends (and enablers): Karl, Kiely, David, Corey, Daniel, Brendan, and Dylan, @ Joyful Noise (”the little label that IS”) , Tom, Kari, Christine, and Peter and the great people @ Esther Creative for encouragement and direction, Christian & Emilio @TAG for keeping me on the road, Robert & Cindy, Drew, Kevin, and all the amazing musicians and artists that inspire me: Zac, Yoed, Amos, Clayton, Dana Jo, Jules, Mike, Daniel, Dave. Thanks to Jin & Atsuko @ Bittersweet for helping me grow in Japan!

Bandcamp Daily  your guide to the world of Bandcamp